How to Maintain Classic and Vintage Cars

A diesel-powered ute can be a remarkably reliable piece of equipment, but even these rough-and-ready machines can suffer from mechanical problems from time to time. One of the more common problems encountered in diesel engines (particularly those that regularly suffer the wear and tear of off-road driving) is failure of the glow plugs.

These small, inconspicuous looking devices are a vital component of any diesel engine, as they heat the engine's combustion cylinders to make diesel (which is much less flammable than petrol) combust more readily. An engine running with failed or failing glow plugs can expect to suffer from a number of unpleasant symptoms, so keep an eye out for the following tell-tale disorders in the way your ute runs:

Functional glow plugs are an important part of a diesel engine's starting process as they pre-heat the cylinders before they start to accept diesel -- since diesel engine's lack electric starter motors, this pre-heating is required for the engine to start promptly once you turn the ignition.

As such, a diesel ute which takes a long time to start (or fails to start at all) may be suffering from glow plug failure. If this is the case, simply replacing the glow plugs (or having them replaced professionally) can resolve the problem, but this is only the case if the glow plugs themselves have failed. In some cases, the timer which controls the intervals at which the glow plugs are activated may be malfunctioning, causing the plugs to activate when no diesel is in the cylinder. Having the faulty timer readjusted or replaced should solve this problem.

A badly degraded or malfunctioning glow plug loses most or all of its capacity to produce heat, leaving the cylinder it serves unheated and unsuitable for reliable diesel combustion. As such, a failed glow plug often causes distinctive misfires during engine operation, as one or more of the cylinders fails to combust its fuel effectively.

These misfires are generally very easy to diagnose by ear, as they cause a distinctive and rhythmic 'gap' in the steady noise generated by a running engine. Longer or more frequent gaps can indicate more than one regular misfire and therefore more than one failed glow plug -- in these cases it is often a good idea to have the cylinders professionally inspected, as they may have suffered extensive damage if several glow plugs have failed at once.

Black smoke coming from the exhaust can send chills down the spine of any diesel driver, but if you are lucky, this scary symptom may simply be caused by degraded glow plugs. Aged or damaged glow plugs may still function, but be unable to produce sufficient heat -- this leaves a portion of the diesel that passes through the engine unburnt, and causes it to be expelled from the exhaust as black smoke.

If you suspect black smoke from your ute is caused by faulty spark plugs, having them replaced and the plug timers checked for irregularity should solve the problem. However, since black smoke can signify other more serious problems with your diesel engine, it may be a good idea to take it in for a full inspection and mechanical services. 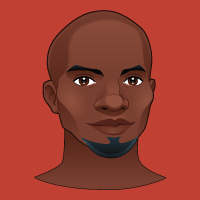 Hello, my name is Keith and I am a real petrol head. My friend's say that no one knows more about cars than me and I think they are probably right. My father owned a scrapyard so as a kid I spent my summers stripping down old cars and working out how the different parts fitted together. When I grew up, I entered the motor trade myself, dealing in second hand cars. Eventually, I began to specialise in classic and vintage vehicles. I decided to start a blog to offer auto advice to the rest of the world. I hope you enjoy it!